Why it’s crucial to hire from diverse backgrounds

The BBC’s new production staff quotas don’t solve all problems but are a step in the right direction, says Steve Wynne

As from today, April 1, the BBC has asked all indies to commit to at least 20% diverse production teams. This includes under-represented groups from BAME backgrounds, the disabled community and now those from lower-income backgrounds.

These BBC quotas now look at what your parents did when you were 14 to assess your background. While it might seem an odd way to measure social economic diversity, it’s a step in the right direction.

My mum was our dinner lady at school (which meant a lot of chips). My parents always made sure we were fed and watered, even if that did mean the Findus Crispy Pancake was burnt on the outside and still frozen in the middle.

When I told my school I wanted to work in the media, I was laughed at and was directed to one of those career forms that told me to become a librarian.

But I was passionate, and got experience in hospital radio, followed by my local radio station, and applied to all the jobs in the Media Guardian supplement every Monday. I got lucky. Eventually. 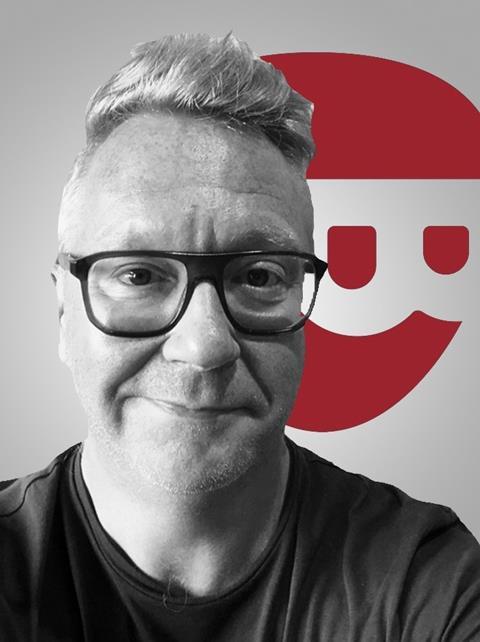 I never knew I was from a working-class family until being baffled by my first visit to Pret a Manger following my first job interview – I had to run out of the shop after not recognising any of the sandwiches. Crayfish? Avocado? And no chips. WTF.

I’ve since ventured back in and do like Pret’s 99p filter coffee – so yes, I do buy coffee occasionally, but no way am I paying over a quid for it.

The barriers still remain to those who don’t come from a background of ski trips to Val D’Isere, two cars (or even one) or knowing anyone in London. It’s built into the recruitment policy of many productions – half the runner jobs seem to require a full UK driving licence, immediately blocking anyone who hasn’t been able to afford to have lessons or take their test.

The decentralisation of the industry with production hubs now established in Manchester, Bristol, Leeds and Glasgow has meant easier access into jobs where it would have been both geographically and financially impossible before. But we’re all still guilty of unconscious bias when it comes to hiring.

‘It’s not what you know but who you know’ is still as valid today as when I got my GCSEs 32 years ago. We all want to find a connection – so if your dad works in the industry, or you’re a friend of a friend, or you’re able to afford to not work and be available at the drop of a hat (and you live on the Piccadilly line) then your chances continue to be far better than a plastic Scouser who can’t afford the train journey to Euston.

As people on the inside of the industry we need to do a better job of taking risks with new entrants who not only don’t look like us, but don’t talk as good as we do, or have the same shared experiences.

If you’re still looking at the education section of a CV, you’re a div. When was the last time any of us said: “Thank god they have a B in GCSE Geography”? What difference does it make?

Most of the team at Strawberry Blond haven’t worked in TV before; passion, excitement and a sense of humour should be enough for any runner or production assistant to start work. It’s not a role you need to have gone to Oxbridge for, and one you shouldn’t have to rely on daddy’s mate from Soho House to help you get.

To make sure it’s not just the usual suspects getting the jobs we look outside the usual lazy places to hire from. Yes, it’s harder work, but it’s incredibly important that we represent the audience we’re making programmes for. And don’t attempt a regional expansion if you’re not doing it for the right reasons.

Here’s my parting thought on the matter. Respect the quotas. They’re not going to solve the problem but they’re a step in the right direction. Hiring more diversely means your ideas become more distinct, your outlook becomes broader, and truly your life becomes more enriched (pun intended).

Steve Wynne is chief executive of Strawberry Blond TV, which was named Broadcast’s Best Place to Work in Television in 2020