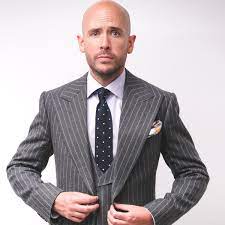 Tom Allen is shipwrecked on The Island

Our sister label, Super Best Quality Video Productions (yes, we really called it that) have won a new commission for a new comedy entertainment panel show.

Across the entire series, four comics will compete to make their own personal dream desert island the best one. Each week, Allen will put these four islands, and their leaders to the test – who’s got the best house band? How do you even judge that? And you may think you want your island’s only drink to be Fanta Limon, but what happens when it attracts that swarm of angry bees you chose last week? Well, Kemah Bob and Jason Forbes will be on hand as they bring ‘live’ reports from the islands, to make sure nothing is missed.
The Island is devised and executive produced by James Acaster, Ed Gamble, Lloyd Langford and John Robins, and produced by Super Best Quality Video Productions. At a time when so many of us have fantasised about living on an island far away from the people around us, I couldn’t be more excited to be hosting this fun, original show whilst putting comics through their paces to demonstrate that utopia is a very difficult thing to achieve. I’m also delighted to be working alongside the hilarious comic talents of Kemah Bob and Jason Forbes who I’ve wanted to work with for years – it’s going to be a lot of fun!

The Island is commissioned for UKTV by Iain Coyle, head of comedy entertainment. Richard Watsham is director of commissioning and Steve North is genre general manager, comedy and entertainment.

It’s a unique concept, driven by some of the sharpest comedic minds in the country. I’m absolutely delighted that we’ve managed to secure this show for Dave.

We’re thrilled that Tom, Kemah and Jason will be joining the channel for this fantastic new show. The Island is sure to be a brilliant addition to the channel’s biggest ever slate of brand-new programming that we’re announcing today.

I think Robinson Crusoe gave getting stranded on a desert island a pretty bad rep. It turns out he was just a massive drama queen and actually loads of really funny stuff happens.