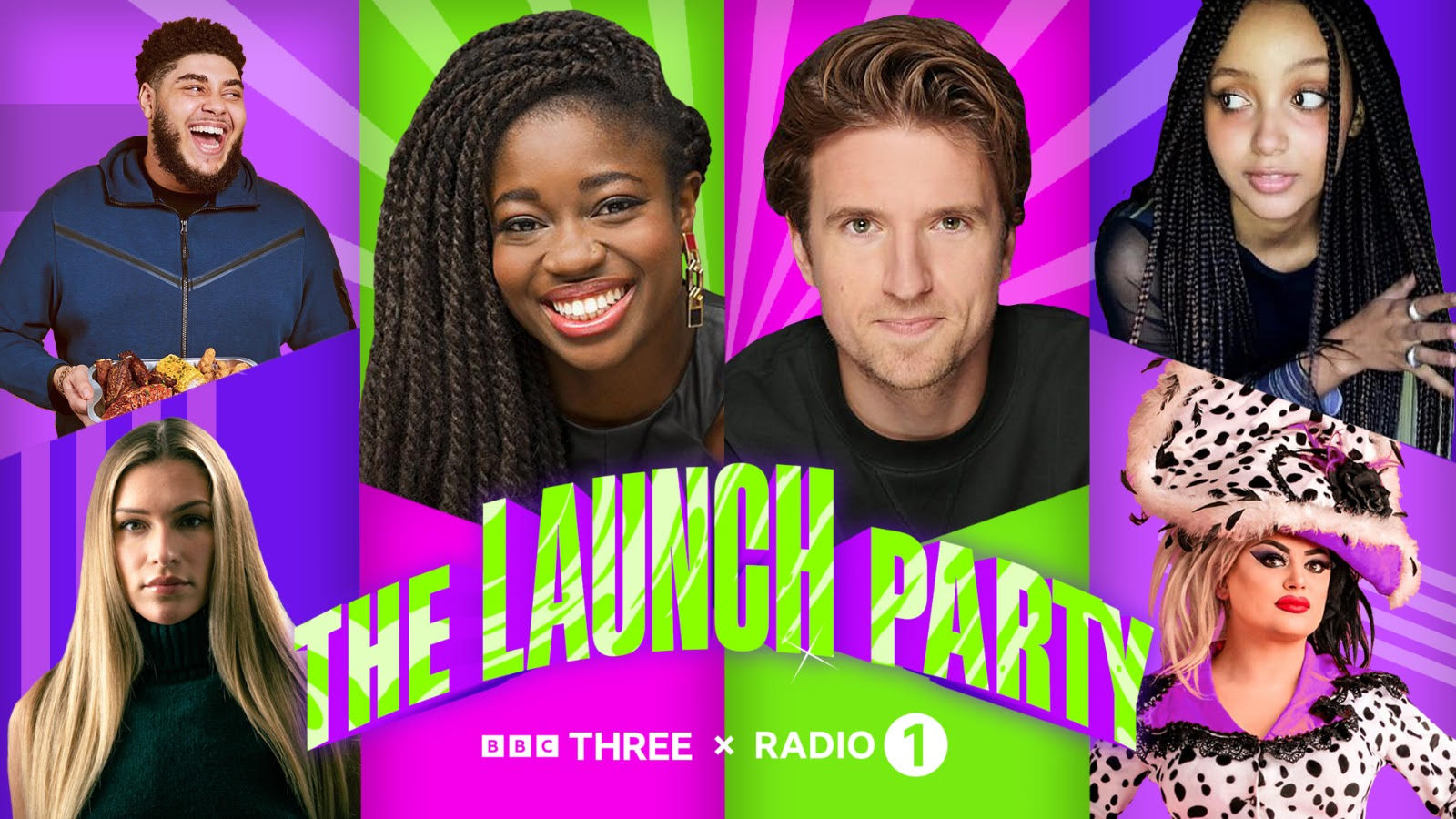 BBC Three is on your TV and we’ve made the very first show you’ll see at 7pm on Tuesday 1 February.
Not only that, but we will also be simulcast on BBC Radio 1 too!

The BBC Three x Radio 1 Launch Party is hosted by Clara Amfo & Greg James and features celebrities and stars from the channel all doing something surprising. Alongside them, the finalists of The Rap Game spit bars all over BBC Three, there’s music performances from PinkPantheress, Danny Byrd & D Double E and George Ezra.

We’ve had just four weeks to get this made, so if we manage to do it, you’ll be able to see it here : https://www.bbc.co.uk/iplayer/episode/m00143yl/bbc-three-x-radio-1-the-launch-party-bbc-three-launch